From wriggly worms in tequila to bull’s blood in wine and egg whites in cocktails, booze is full of ingredients to trip up the unwary vegan. Come 2016, there will be one less. At the beginning of November – World Vegan Month – Guinness, the 256-year-old Dublin-based brewer announced that it will no longer fine – a sort of filtration process – its famous stout with isinglass, a jelly-like protein scraped from the swim bladders of fish. The bane of many a vegan and vegetarian drinker, stealthy isinglass gives old school, cask ales their ice-clear iridescence. It binds to the proteins that make beer cloudy; they drop, together, to the bottom of the cask, and are thrown out with the sediment, leaving the ale with the clarity that used to be the hallmark of a well-kept pint. This is good news for many. 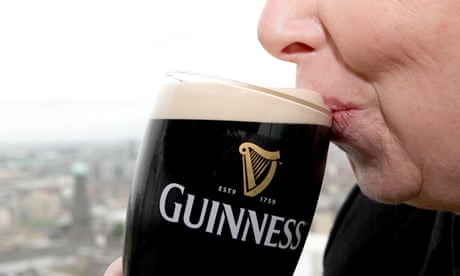 Will Guinness taste the same now it has gone vegan?

But, in reality, all Guinness has done is catch up with the craft beer movement, which has long preferred animal-free beer. First, for reasons of taste: as continental brewers have known for centuries, unfined beer tastes amazing. Hazy, juicy, hop-packed beers rely on exactly the oils and yeasts that isinglass removes. Second, because technology has moved on: modern brewing equipment and careful keeping means that beer can “drop clear” all on its own, given the right conditions. Too often big commercial breweries, for whom cost comes first, use isinglass and other non-vegetarian products such as gelatin because they’re a cheaper option than either waiting or using veggie alternatives such as Protofloc, a sort of moss.

Then there are the ethical considerations – a spokeswoman for Guinness told me that they had deliberately sought out a way to make their beer vegan-friendly. James Rylance of Redchurch Brewery in London wondered: “Who wants refined swim bladders of fish in your beer?” And Natasha Wolf, resident vegan at Weird Beard brewery, said their vegan beers dispel misconceptions. “Too many people think that ‘vegan’ means the beer is missing something. That sort of negative connotation needs to be dismissed.” By marketing “natural” beer as an artisan drink, not an anaemic alternative, craft brewers have done just that. All that’s left is to overcome the British prejudice against cloudy beer, born of the Great British beer slump – a decade or so ago – when cloudy ale meant infected ale, the grubby end of the barrel, and a killer hangover. Guinness guesses its vegan-friendly beer will be ready in late 2016, but there are plenty of great options that are also free from egg- and shellfish- byproducts to try in the meantime.

Nothing works better to wrap you up against winter than a dense, velvety stout. This classic from Redchurch Brewery in east London should dispel any concerns that vegan Guinness will be thin and insipid without its fish jelly. It’s hoppier than most, but that bitterness helps balance out the heavily roasted, complex malts, lifting it from espresso-bitter to lighter, blackberry and liquorice-light levels. It’s quite strong – 7.5% – but the nutty hazel notes and astringent citrus hops cut nicely through what could have been over-sugary boozyness.

Artisan Danish brewer Mikkeller is so upfront about its ingredients it has published a recipe book so you can try brewing them at home. The team behind the Copenhagen-based “gypsy brewery”, one that borrows other people’s kit to make beer, is known for experimental brews such as Texas Ranger, a porter brewed with chipotle chillies, and Spontantripleblueberry, a lambic beer made with blueberries. Green Gold, Mikkeller’s classic IPA, is rich, nutty and caramelised, with plenty of the sweet mango you would associate with an IPA, balanced nicely with tonnes of zesty grapefruit and lime – and it’s gluten free. 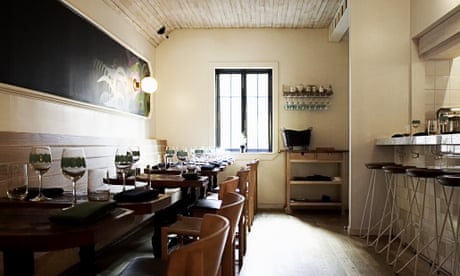 Return of the Empire, Moor Brewery

Bristol-based Moor were among the first to push “natural” brewing and unfined beers, and their entire range is vegan. This light IPA, made with British hops, is a perfect autumnal beer. It’s floral – to me, it smells a bit like Parma Violets – with lots of lingering tropical fruit flavours, but ends with a smoky, peaty bitterness. If you can find it, the brewery’s rare old ale, Old Freddy Walker, is also a vegan world-beater.

Sour beer doesn’t sound very appealing, but this consistently excellent beer – a Berliner Weisse from The Kernel in Bermondsey – is a good gateway into the lambic styles that rely so heavily on the presence of yeasts. It’s mouthwateringly sharp and citrus-heavy, so dry and refreshing. The yeast that sours this beer – and should swill, fish-free, around the bottom of the bottle – also lends it a complex, slightly musty depth.

Thick, rich and insanely chocolatey, Weird Beard’s Decadence is like boozy hot chocolate in a glass. It is brewed with eight different malts, including a chocolate malt and a good handful of oats, which give beer a convincing creaminess that could easily pass for dairy. The vegan alternative to a milk or oyster stout. via the guradian.com

If you wish to join Stogram’s team on the next stop of the beer tour please contact us by mail or on phone.